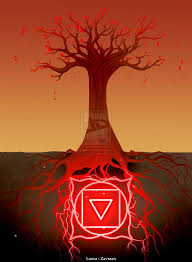 This meditation brings a total mental balance to the individual psyche. Vibrating on each fingertip alternates the electrical polarities. The index and ring fingers are electrically negative, relative to the other fingers. This causes a balance in the electromagnetic projection of the aura. Practicing this meditation is both a science and an art. It is an art in the way it molds consciousness and in the refinement of sensation and insight it produces. It is a science in the tested certainty of the results each technique produces.