This meditation brings a total mental balance to the individual psyche. Vibrating on each fingertip alternates the electrical polarities. The index and ring fingers are electrically negative, relative to the other fingers. This causes a balance in the electromagnetic projection of the aura. Practicing this meditation is both a science and an art. It is an art in the way it molds consciousness and in the refinement of sensation and insight it produces. It is a science in the tested certainty of the results each technique produces.

What Will I Learn?

Topics for this course 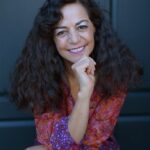 Fabiola ERYTT, LMT, has been involved in the holistic health field for most of her life. She is a certified AumaKhua-Ki® MASTER Practitioner. Fabiola Espinosa Uranga Kindt has certifications for AumaKhua-Ki® INSTRUCTOR 3, and AumaKhua-Ki® MASTER Practitioner. She is also a certified Usui Reiki Master. Fabiola is available for bodywork and energy healing sessions in Clermont, Florida and AumaKhua-Ki® Remote Healing sessions by appointment. (#MA 71360). Fabiola is available to teach Introduction to AumaKhua-Ki® lectures & webinars, AumaKhua-Ki® LEVEL 1, 2 & 3 workshops in Florida. She has also taught AK classes in Mexico!  CE’s are available to FL LMTs for some of her classes (#85- 6030172). Fabiola is also certified to teach Yoga and Qigong classes. Private and group sessions are available by appointment. Wellness Workshops on Food-Based Healing, Breathwork, and Qigong are also available upon request. Fabiola Kindt, from an early age, was drawn to energy healing and became a Kundalini yoga instructor.  Once in Florida, she registered 500 hours as a Hatha Yoga Teacher’s teacher, and Ashtanga trainer, helping seniors and all kinds of people to recover their health and love for life. Fabiola continued her studies in metaphysics and in 2011 Fabiola studying under Ojela Frank and became a Breath and Meditation instructor.  She became an Aumakhua- Ki® Energy Healing System instructor level 3 and once more Reiki Master at Ocala, FL. In addition to being a Yogini, she Therapeutic Licensed Massage therapist granted by the Florida College of Natural Health. She specializes in Cranial sacral therapy, Reflexology, Therapeutic, Shiatsu, Sports massage and Trigger point, and Swedish. And in 2014 she finished her certification in Art of Vedic Thai Yoga Bodywork, by Barry Cooper in Davenport, FL. In 2015 studied and certified the art of healing with Tibetan bowls in Mexico by Master Sundeep Lamsal, and Suren Shrestha and Tony Neck in the U.K. with over 170 hours of Sound study.     Today Fabiola teaches various styles of yoga, plays sound concerts and healing sessions with the healing bowls, gives Reiki and Aumakhua Ki Energy Sessions in English and Spanish at her home studio Still Lake Yoga in Clermont Florida.
5.00 (8 ratings)

Excellent session for grounding at the beginning of the day.